If you’re a brand builder, you’d probably have warned me off the name Magnificent Irrelevance from the start.

A “magnificent irrelevance” is how Hugh McIlvanney once described sport.

McIlvanney was a British sportswriter who wrote for The Observer and The Sunday Times for more than 50 years. I never met him, was never even in his company, but by all accounts, he was as far from the fan-with-typewriter image of the sports journalist as you might get. (Newspaper sports sections have often been dismissed as “The Toy Department” by people doing more important work, in politics, say, or economics, or some other career misstep.)

There’s another good story about McIlvanney. Once, at some event, hearing somebody cheering for an underdog, he said, “You like giant-killers. I like giants.”

But sport is serious.

Bill Shankly, the great Liverpool manager, was only quarter-joking when he said, “Somebody said football’s a matter of life and death to me. I said to him, Listen, it’s more important than that.”

There are winners and losers in all sports, but those who reduce sport to wins or losses miss the most important thing.

And even in this age of instant video, the writers can capture sport’s magnificence better than anyone.

Over the past 100 years, some of the best writing has been sportswriting.

Sport is magnificent, and yes, in the greater scheme of things, it might be irrelevant.

But its magnificence and its irrelevance is why it’s so important.

When we launch, the promise will be a simple one: a single story, that’s worth your time, every week.

Get on board for the pre-launch journey

First, it seems like there’s a major fork in the road now for the media industry in general, and sportswriting is caught up in the storm.

[The] model has fallen apart. The most obvious culprit is that on the Internet, distribution, particular text and images, is effectively free, which meant that advertisers had new channels: first ad networks that operated at scale across publishers, and increasingly Facebook and Google who offer the power to reach the individual directly.

[T]he downward spiral followed: with less revenue there was less money for quality journalism (and a greater impetus to chase clicks), which meant a devaluing of the brand, which meant fewer readers, which led to even less money.

The result, as far as sportswriting goes, is that there are probably more great sportswriters now than ever before, and at the same time there seems to be fewer and fewer places for those writers to publish great work, and get paid for it.

It’s probably true that the days of great staff sportswriting jobs are gone forever. Never again, perhaps, will a magazine send someone on a four-month assignment to get the story. Things just move too quickly now. If the numbers ever added up in the past, they don’t seem to add up now.

When I think about the reasons media is struggling, it always looks like it could be one of two things.

It’s a behaviour problem, or it’s a business model problem.

It could be a behaviour problem, and that too few people will spend the time or the money on long-form writing about sports.

Second, I’ve wanted to do something like this for a long time. I was 18 in 1996, when I watched Michael Johnson hot-step his way to a 200m world record in Atlanta, and marvelled at how the stories the writers told somehow made a great thing even better.

I set myself a goal to be a writer at the Sydney Olympics four years later. More than two decades on, I still haven’t made it to an Olympics, and I’ve yet to see Sydney.

For years, as jobs came and went, and responsibilities came and stayed, I tried to talk myself out of it, and failed. So here we are.

The third reason: it’s 2020, and the world is weird, and it might be as good a time as any to try something new.

Add your email and see what happens 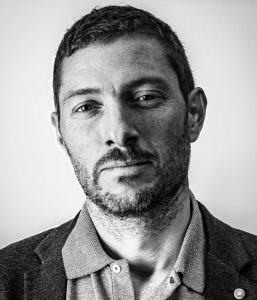 My name is Shane Breslin, and I used to write a lot about sports.

I wrote about Gaelic football, and soccer, and horse racing, and cricket.

I learned some code and built some websites, and then the Internet sort of took off, and opened lots of doors at the same time as it screwed everything up.

There were some fun times back in 2008-09, when I married my sweetheart and we took out a mortgage, welcomed our daughter into the world, and watched as the two companies we worked for filed for liquidation, all in the space of about 18 months.

Most of the next decade was a long dive down to the darker depths of life, and when we made it back to the surface it was often just to suck in another mouthful of oxygen.

We treaded water, but eventually, we kept ourselves afloat. And we’re still here, we’ve got no plans to leave just yet, and as the world prepares for another tipping point into whatever is to come, life looks as strange and unpredictable and glorious as ever.

Magnificent Irrelevance is an attempt to showcase some of the epic strangeness and unpredictability and glory that sports so routinely has to offer.

It will try to bring writers and readers together for an hour or maybe two, hopefully in some sort of harmony.

It will try to bring a few more longer reads into a 280-character world.

And it will try to do it with soul, and spirit, and humility.

When sports, people and writing come together, great things can happen. I hope to play a part in bringing some of those things into the light.

This is the last button on this page
Scroll to top